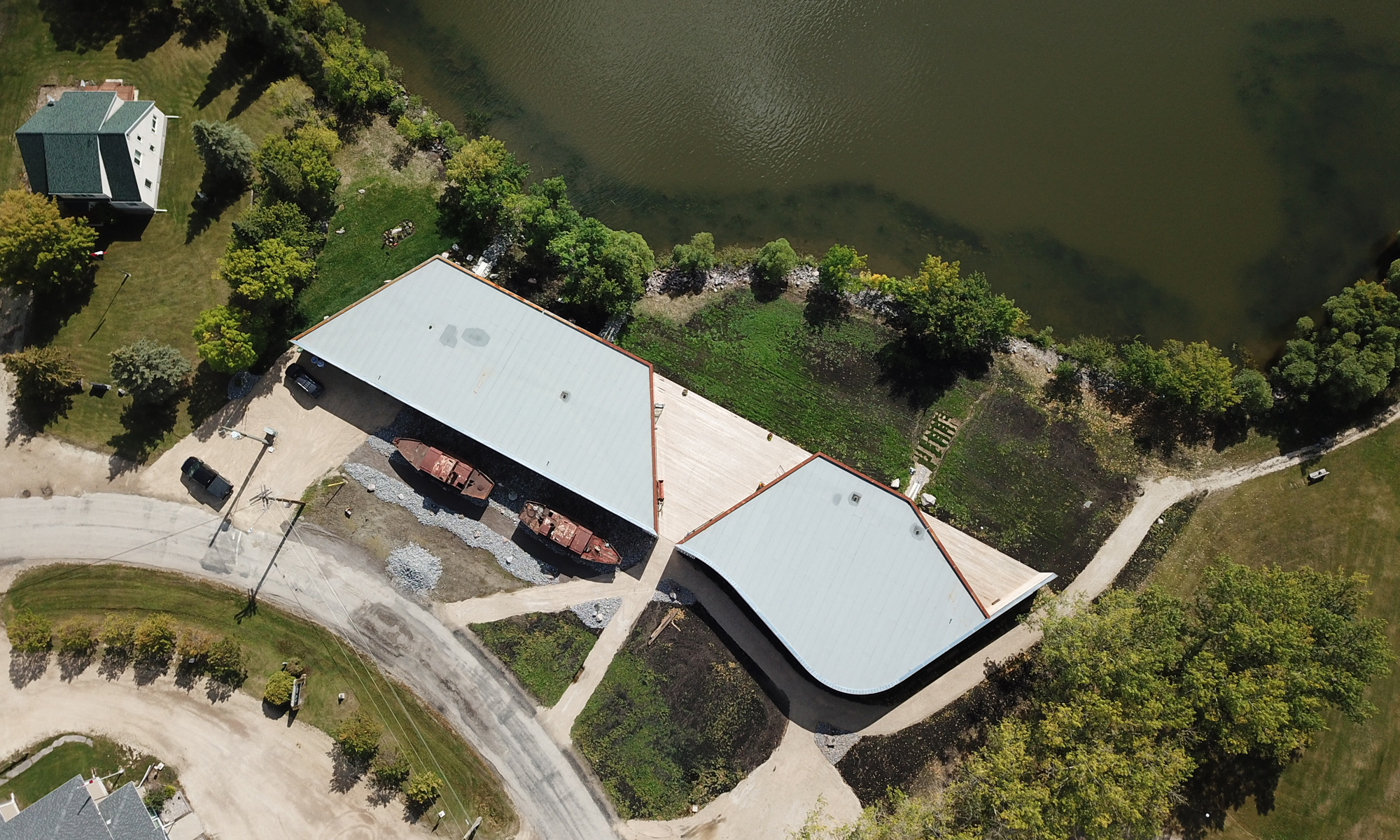 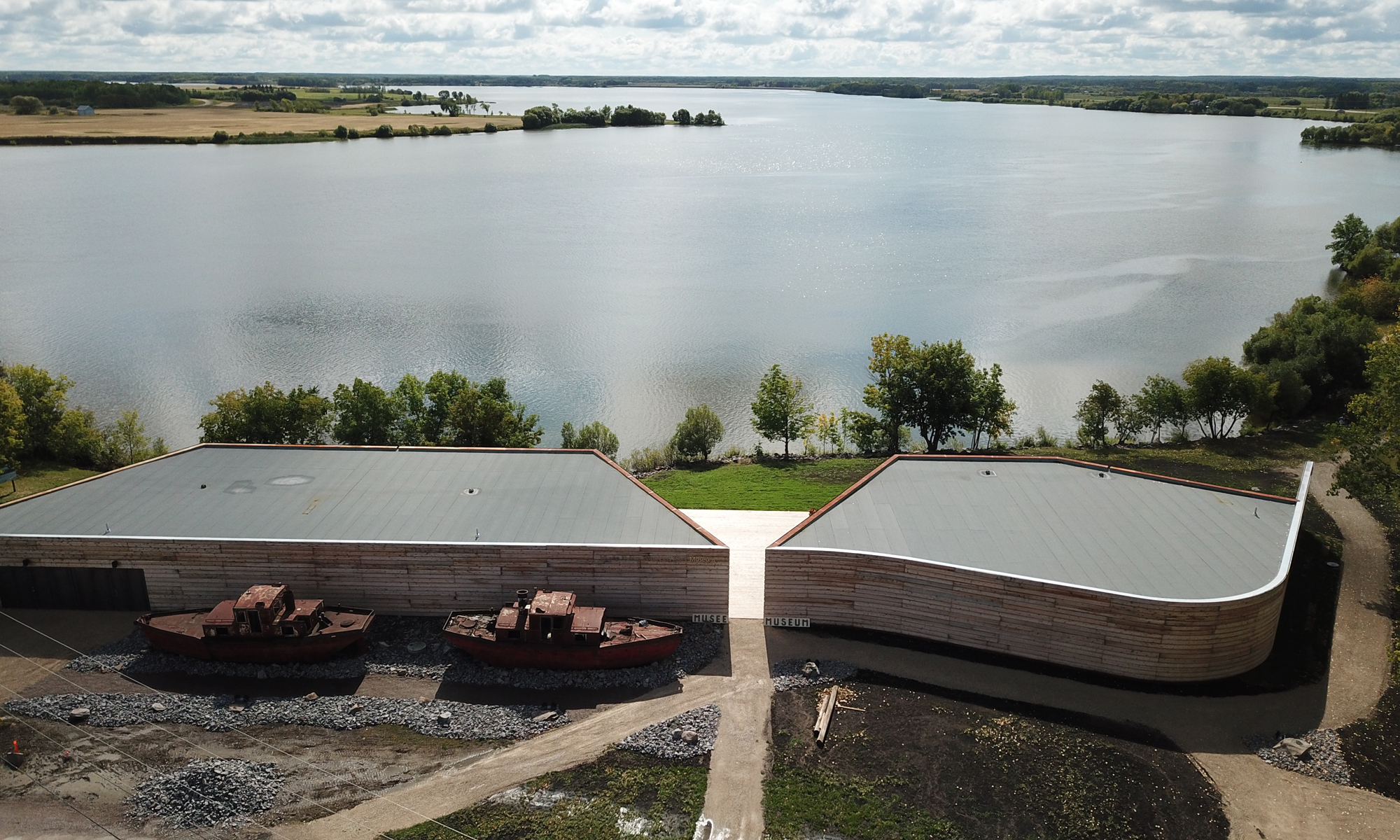 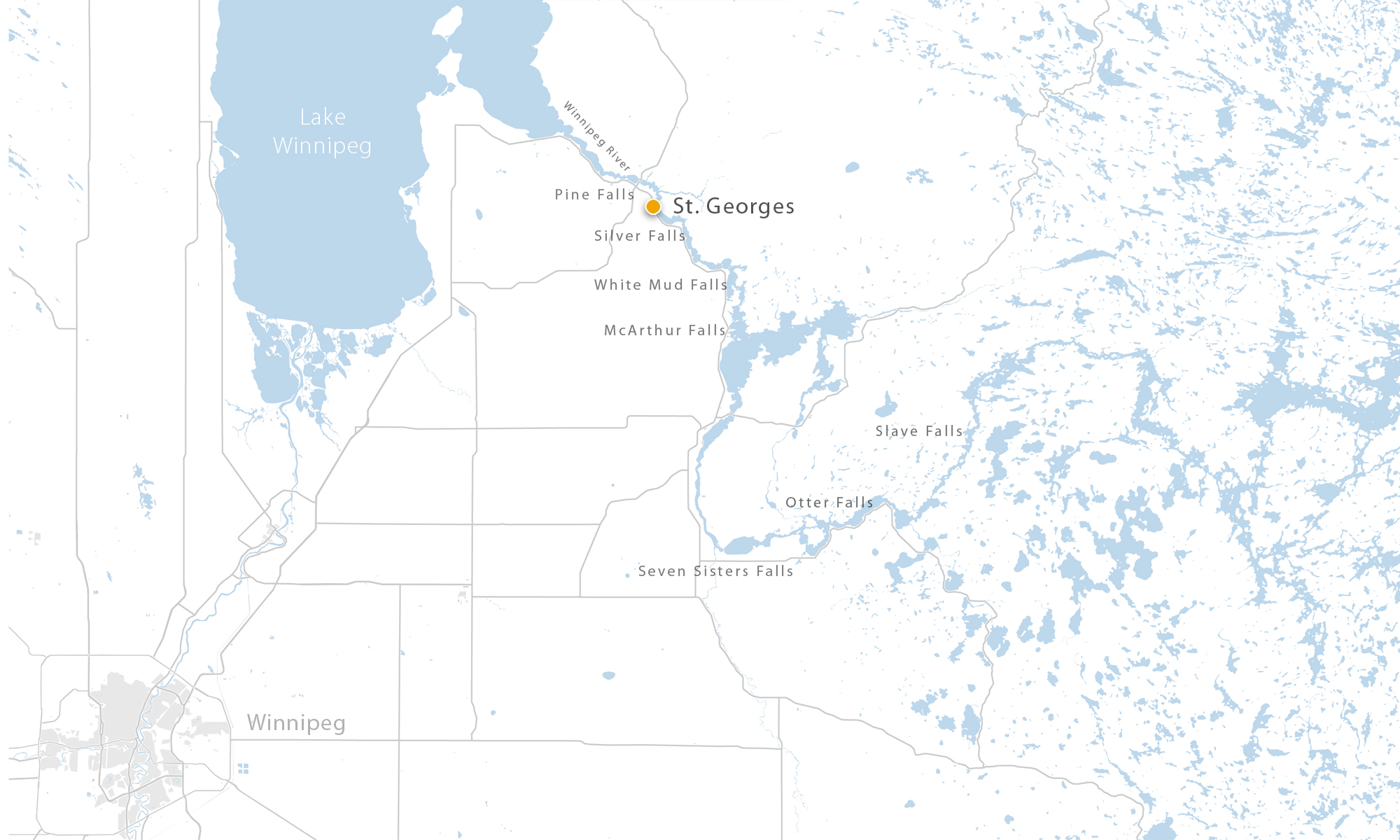 The Winnipeg River Heritage Museum sits on the edge of the Winnipeg River in the heart of the St. Georges community, 120km north of Winnipeg. As a repository of family memories and community stories, the museum had been a staple in the rural community for generations. Unfortunately, in May of 2014, the museum was devastated by fire, destroying many treasured artifacts.

The community of St. Georges was determined to rebuild. Within days, the local Historical Society saw an outpour of volunteers, and began to receive donations as well as gifted antiques and artifacts. This support demonstrated a need for a new modern facility that would have an increased capacity for display, storage and preservation. Among the many artifacts that the new museum would feature is the last wooden ferry that operated in St. Georges until 1974.

Since the mid-1800s, wooden ferries had been one of the most common transportation methods for crossing Manitoba’s rivers. By using a cable which was connected to both sides of the river, a winch-type machine pulled the ‘rafts’ across the river along the cable. With its ability to transport heavier items, such as horse drawn wagons, and even herds of livestock, the ferry provided a link between local roads that was crucial for maintaining communication and the flow of goods and services.

The new museum is expressed materially with ferry construction in mind. The street side façade is reminiscent of the older construction practice of large wood planking, while the river side showcases a more modern fabrication style with large steel paneling. The building’s form, with its long curving north wall, plays on the meandering line of the Winnipeg River and introduces the visitor to its theme.

Its mission statement, “we are the people of the river”, echoes from a voice of pride that celebrates the rich history of the Winnipeg River Corridor. The facades, exterior exhibits, pathways and views are all part of the story, and set the stage for what the visitor is about to experience inside. Upon entry, visitors pass through a narrow opening in the north wall and discover an expansive view of the river beyond.