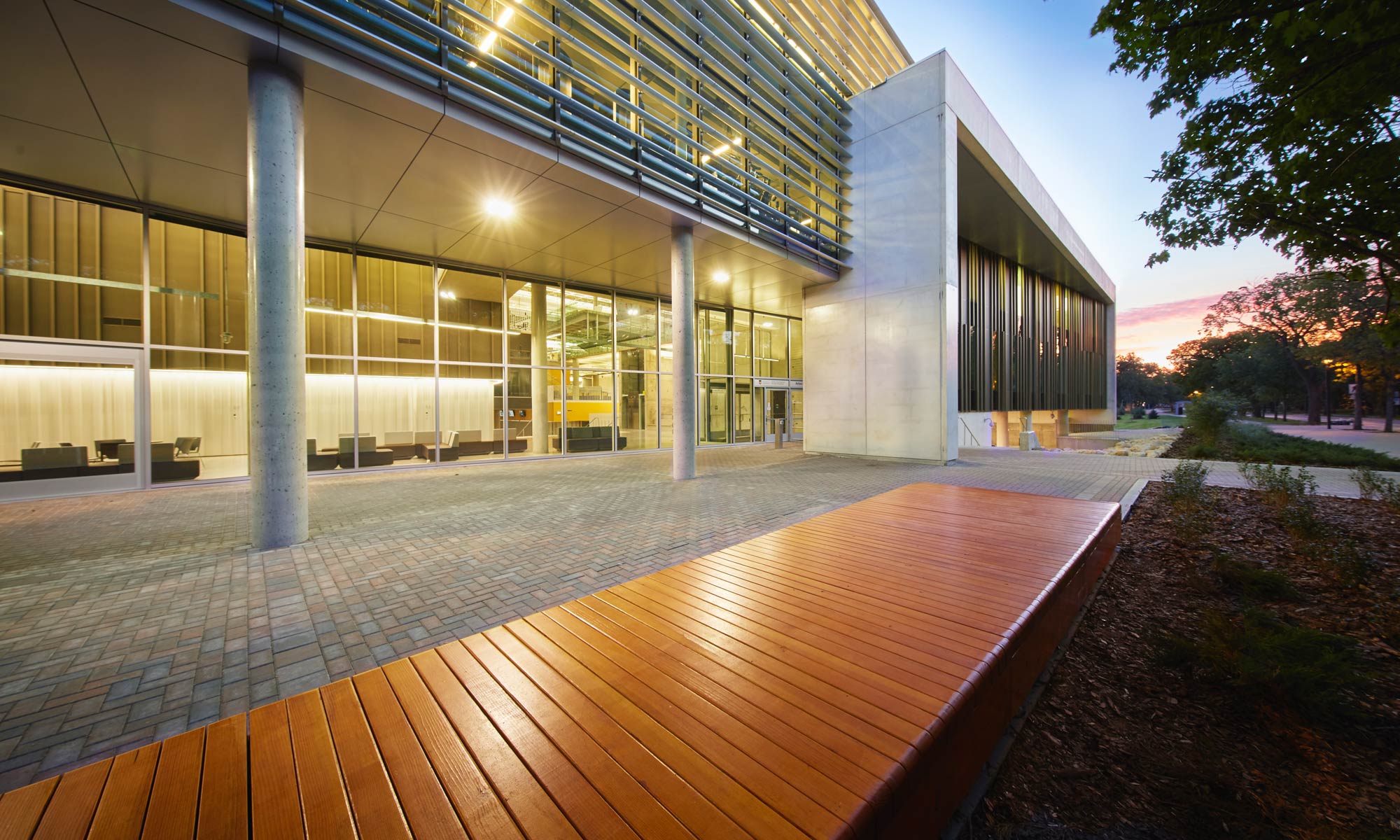 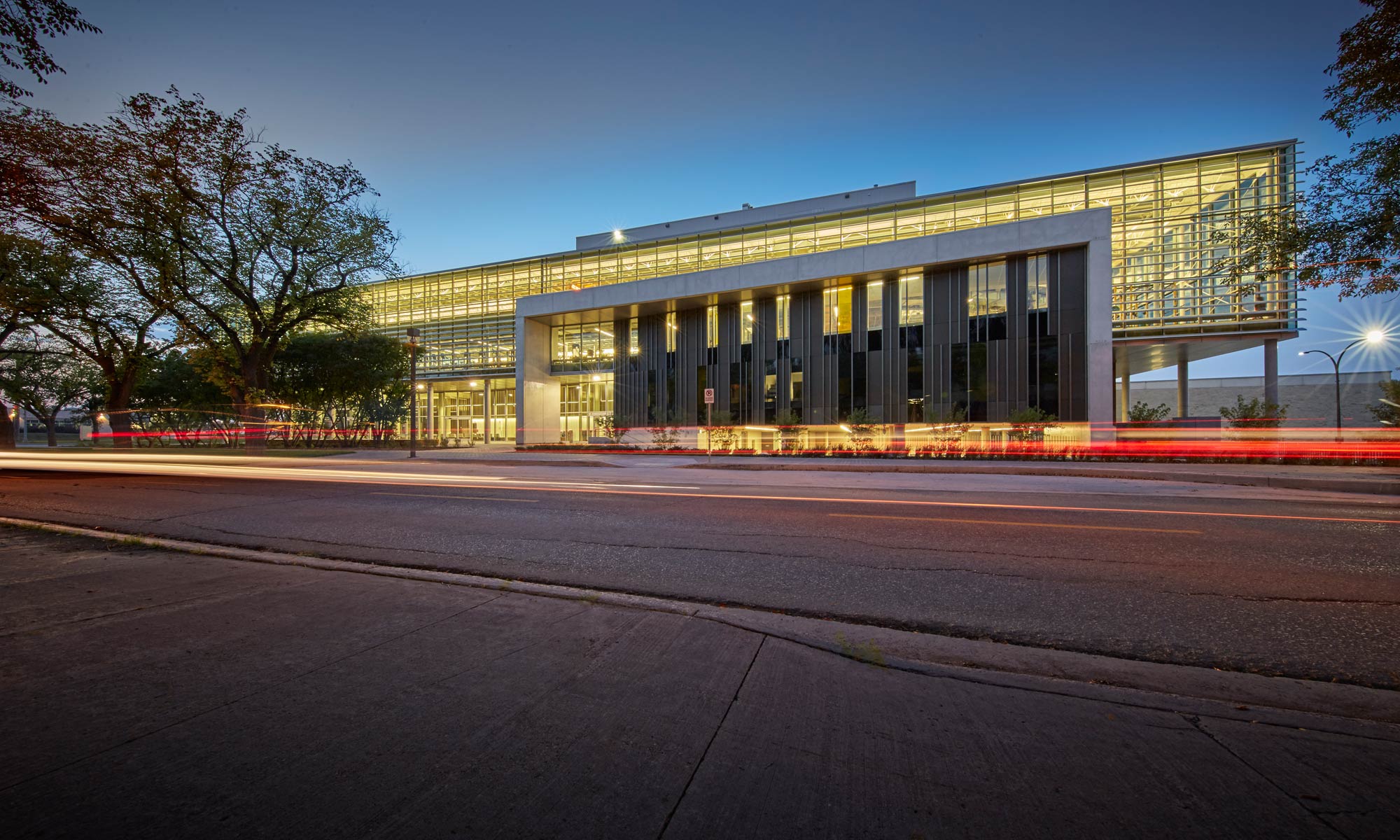 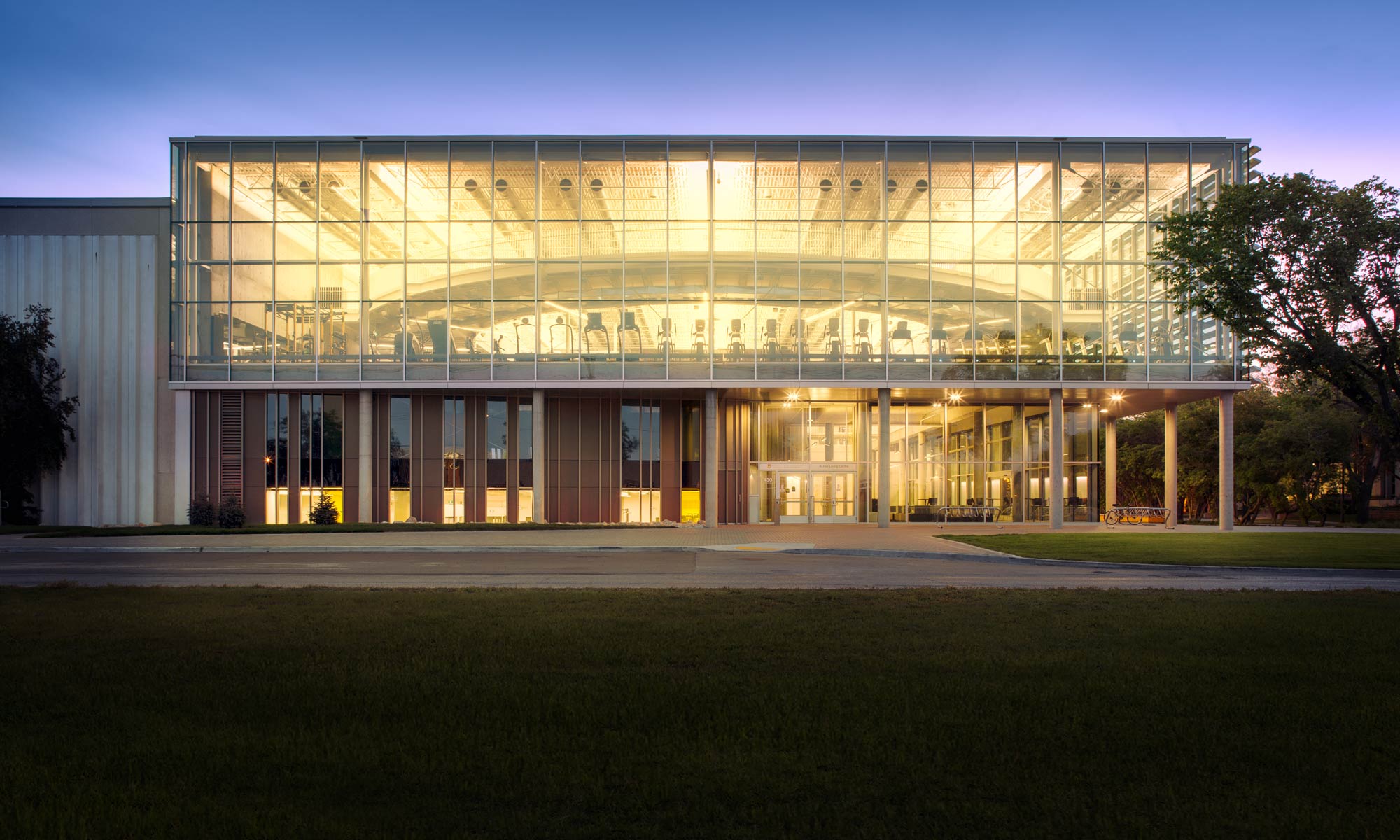 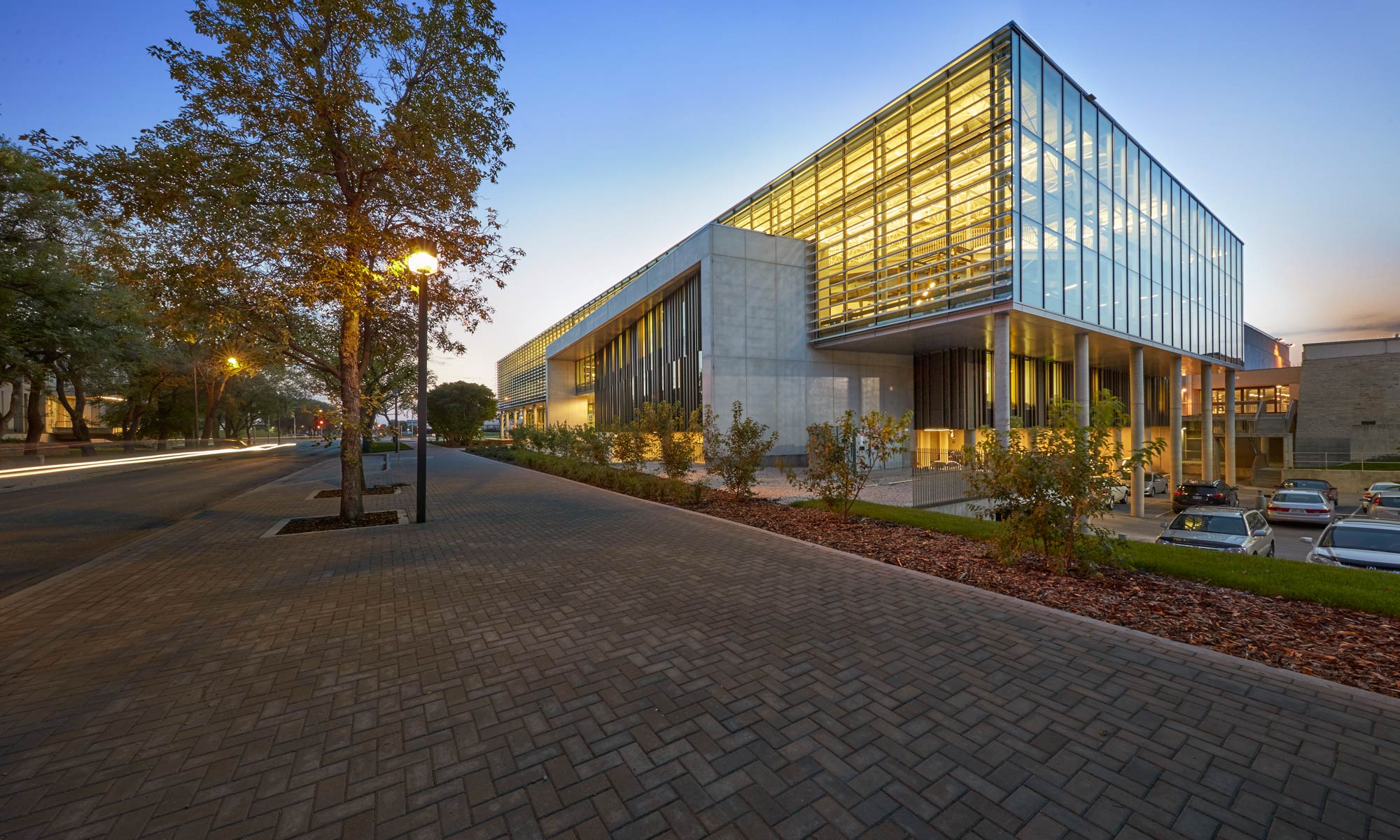 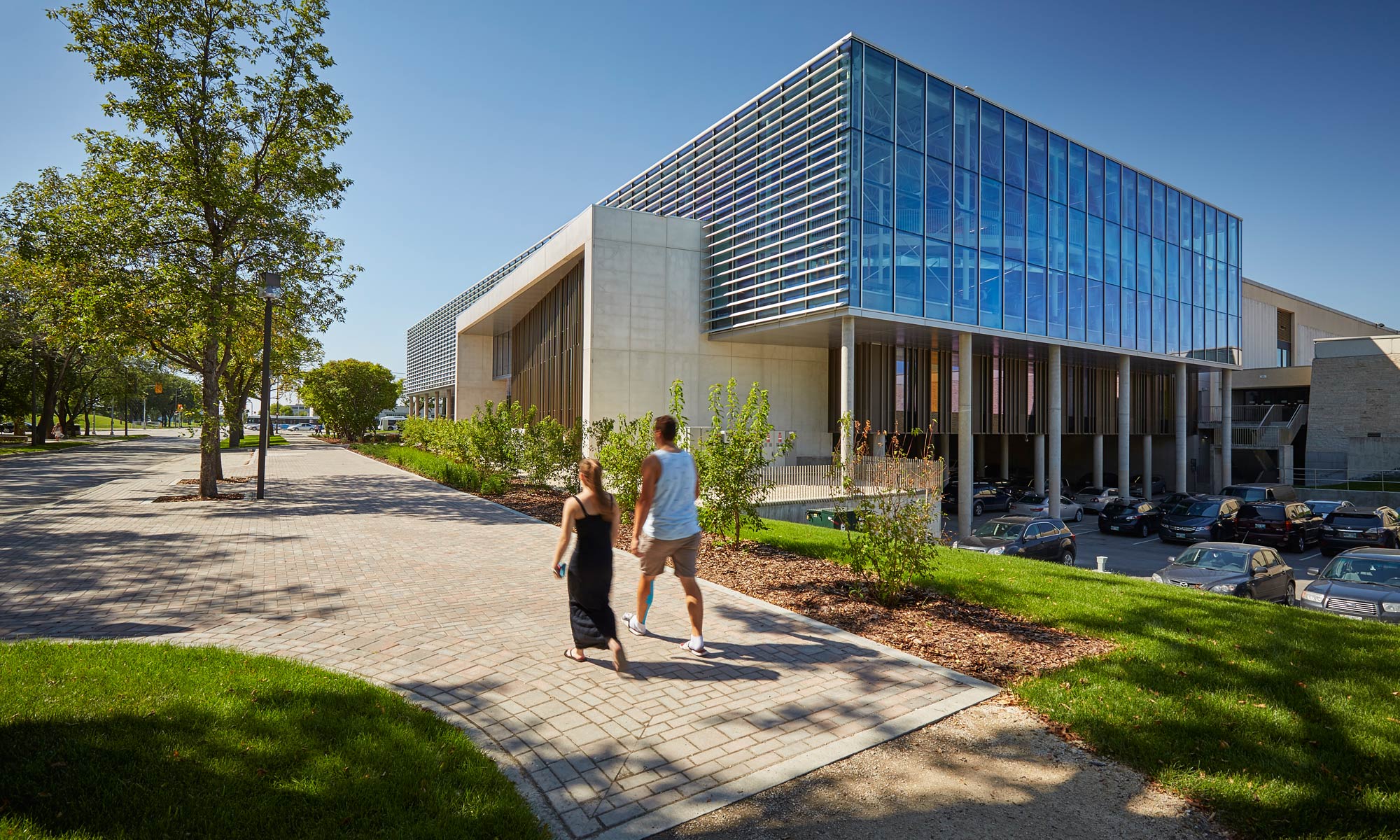 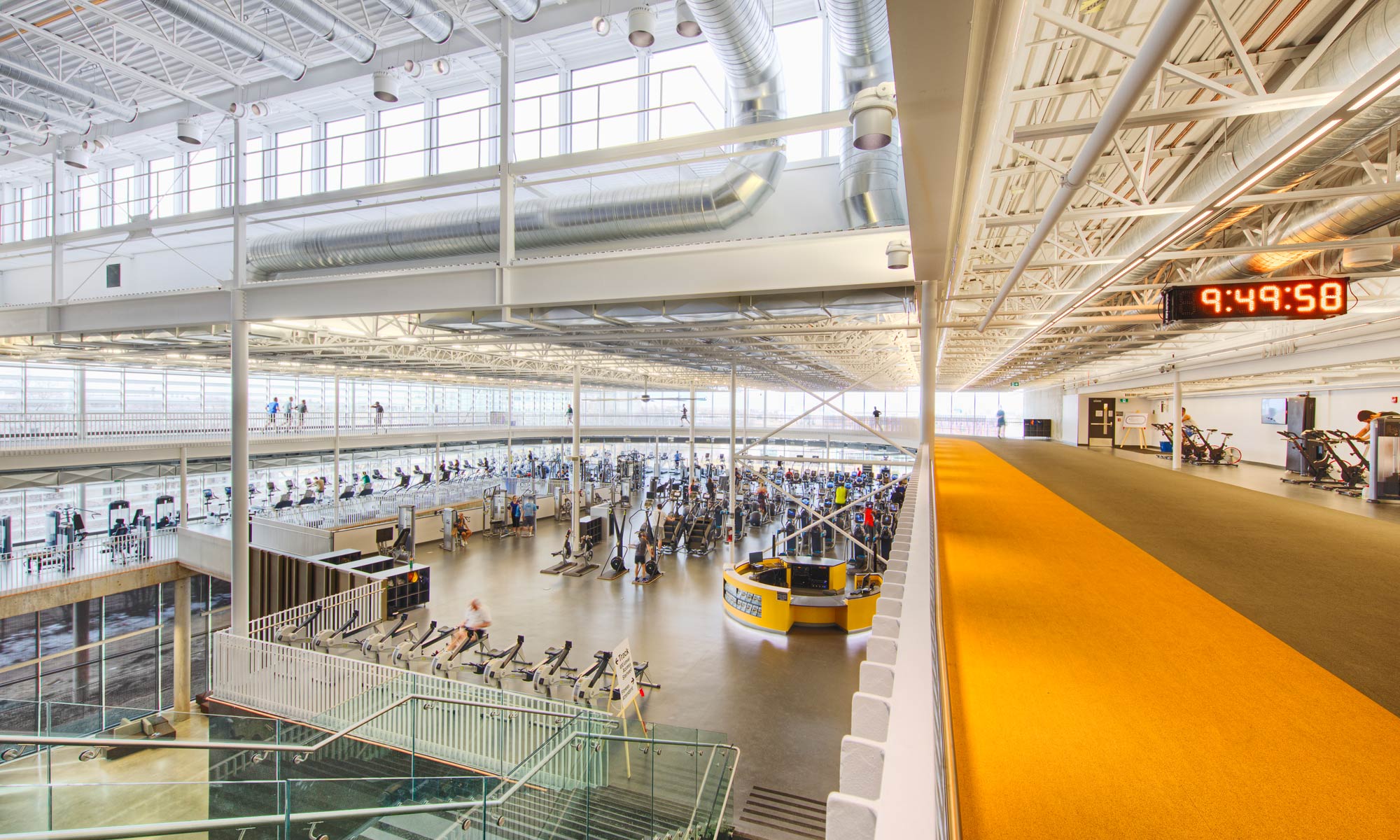 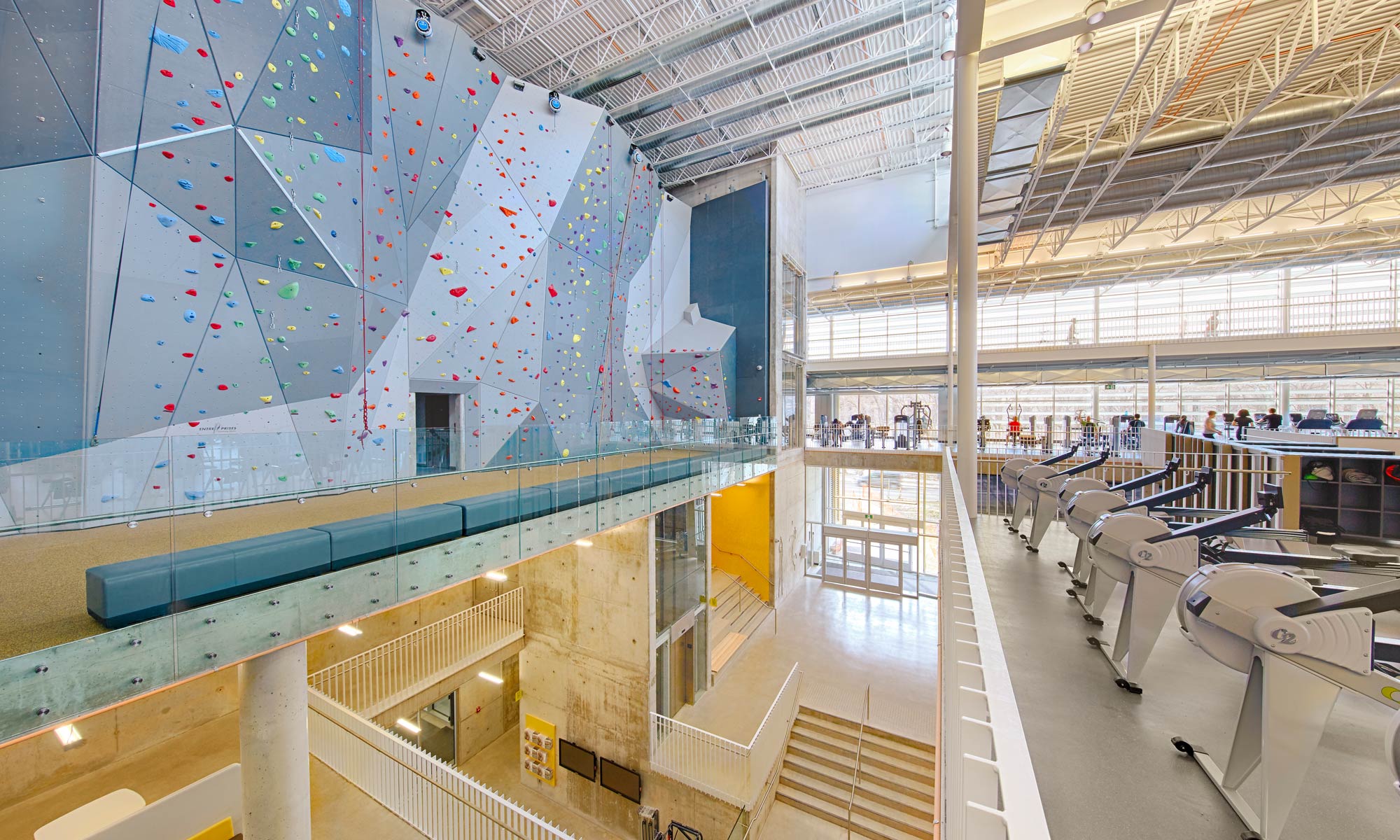 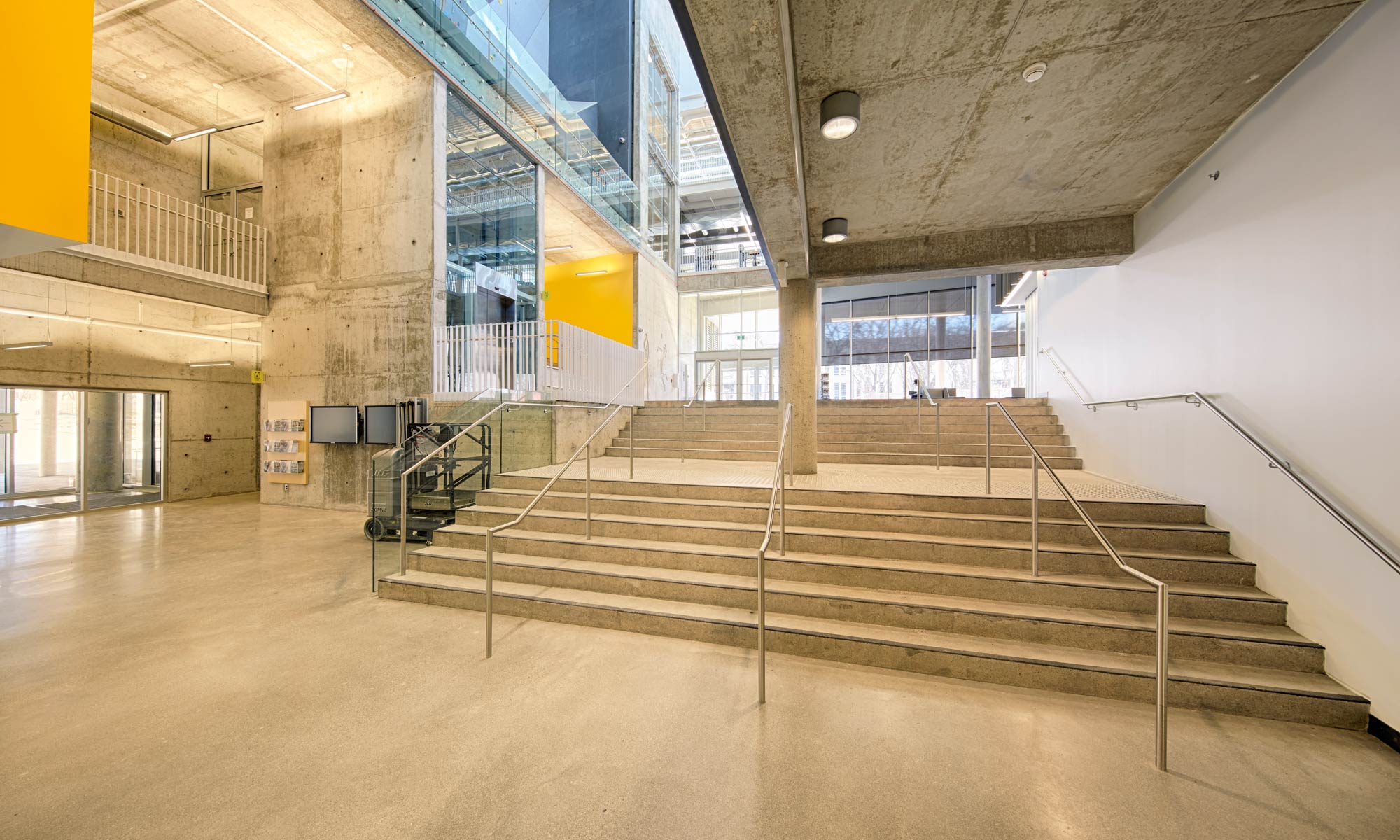 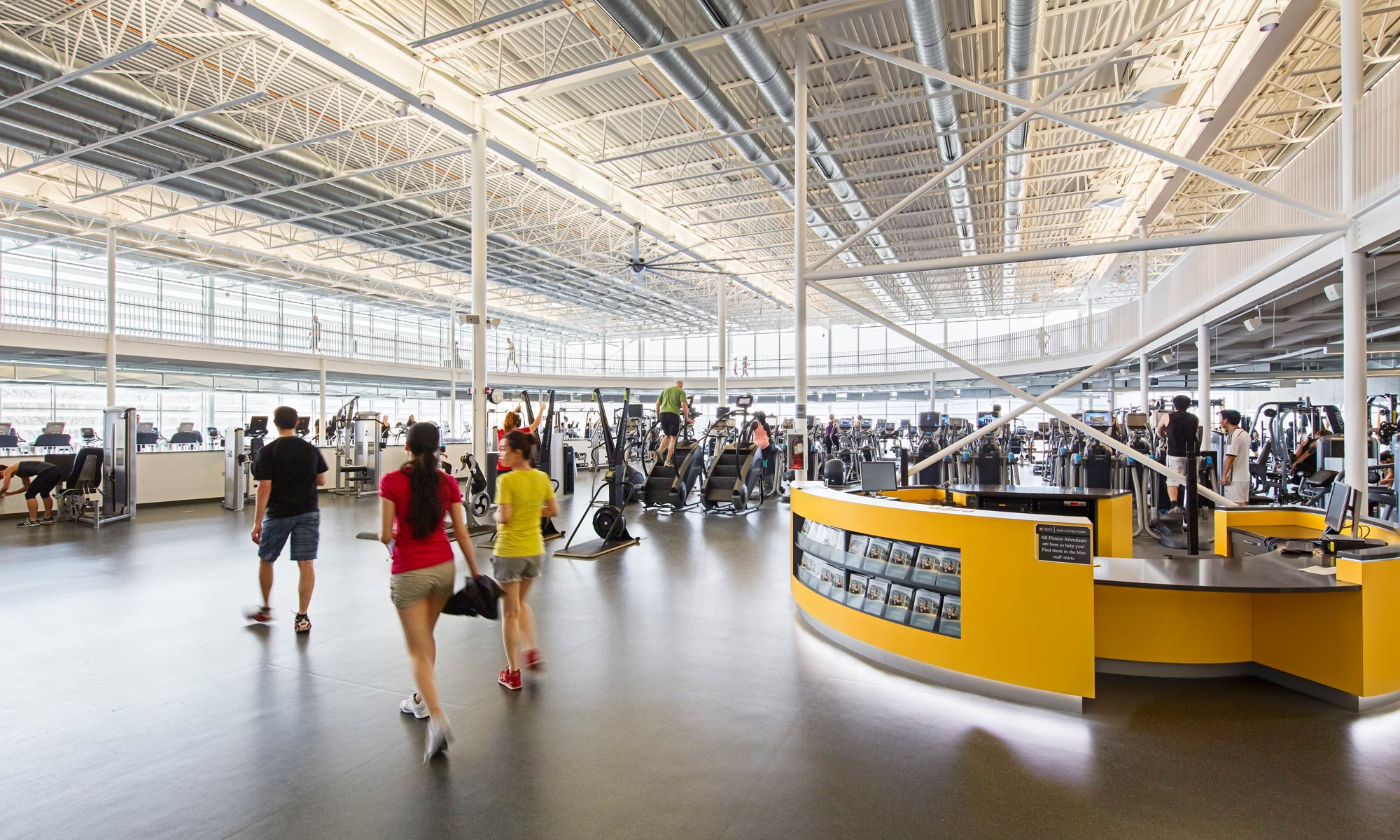 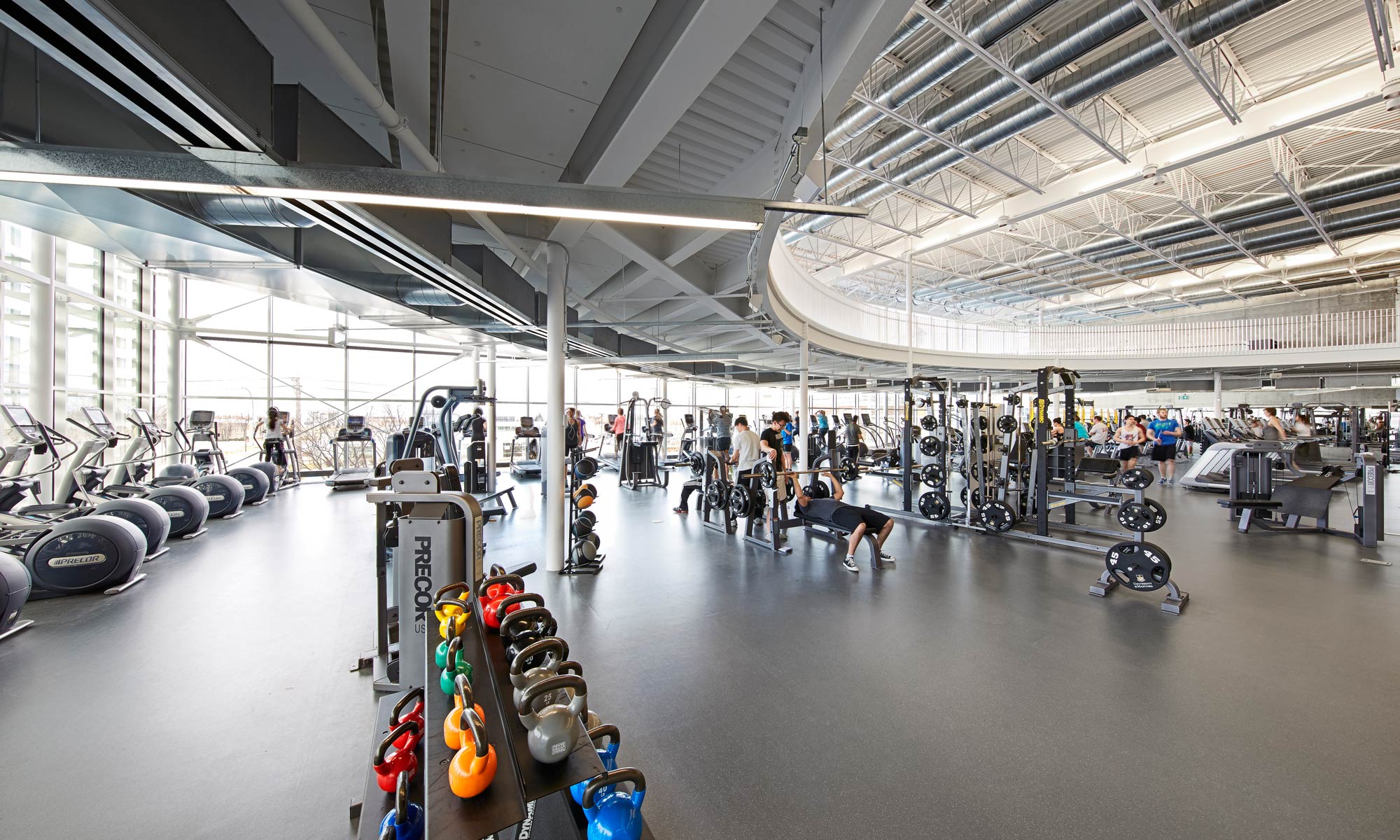 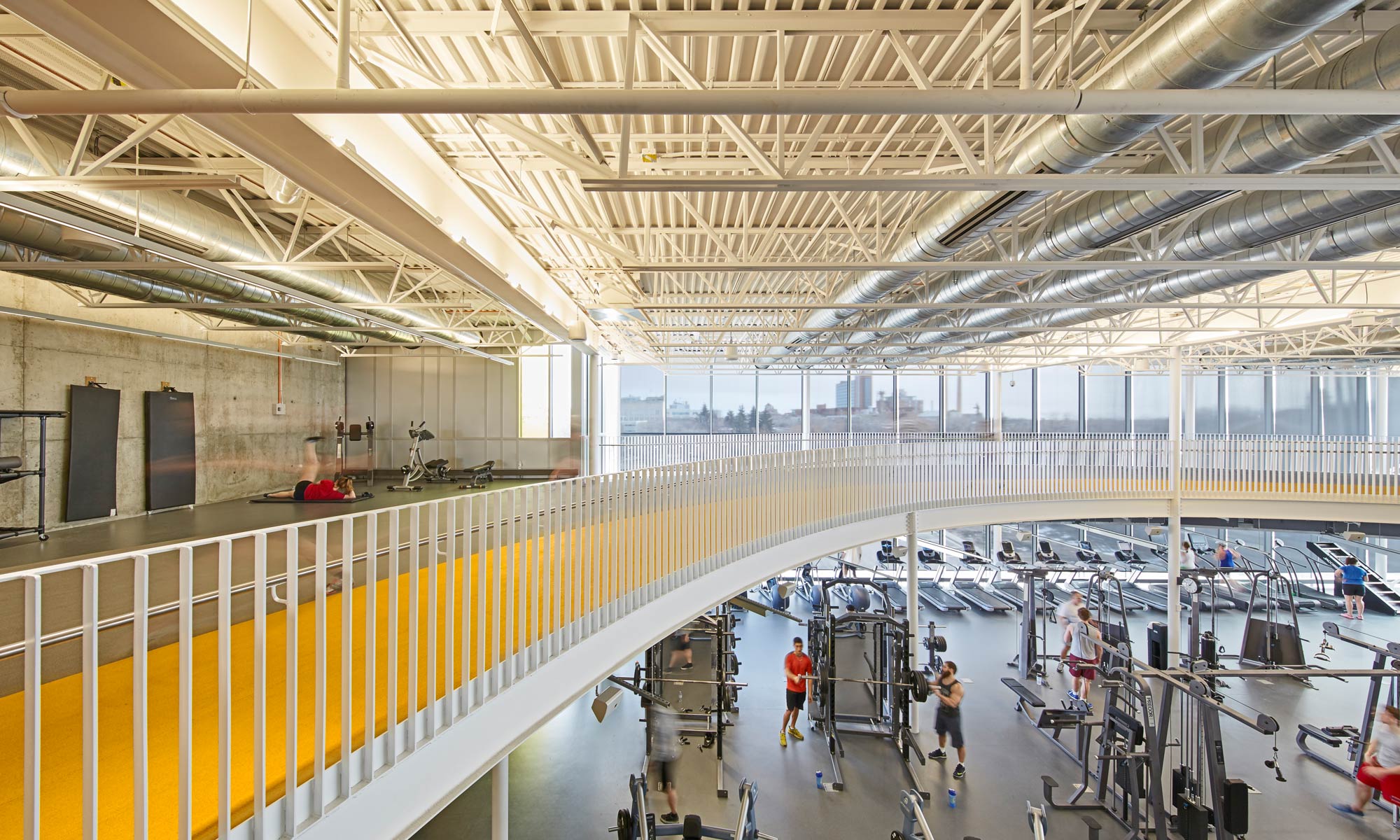 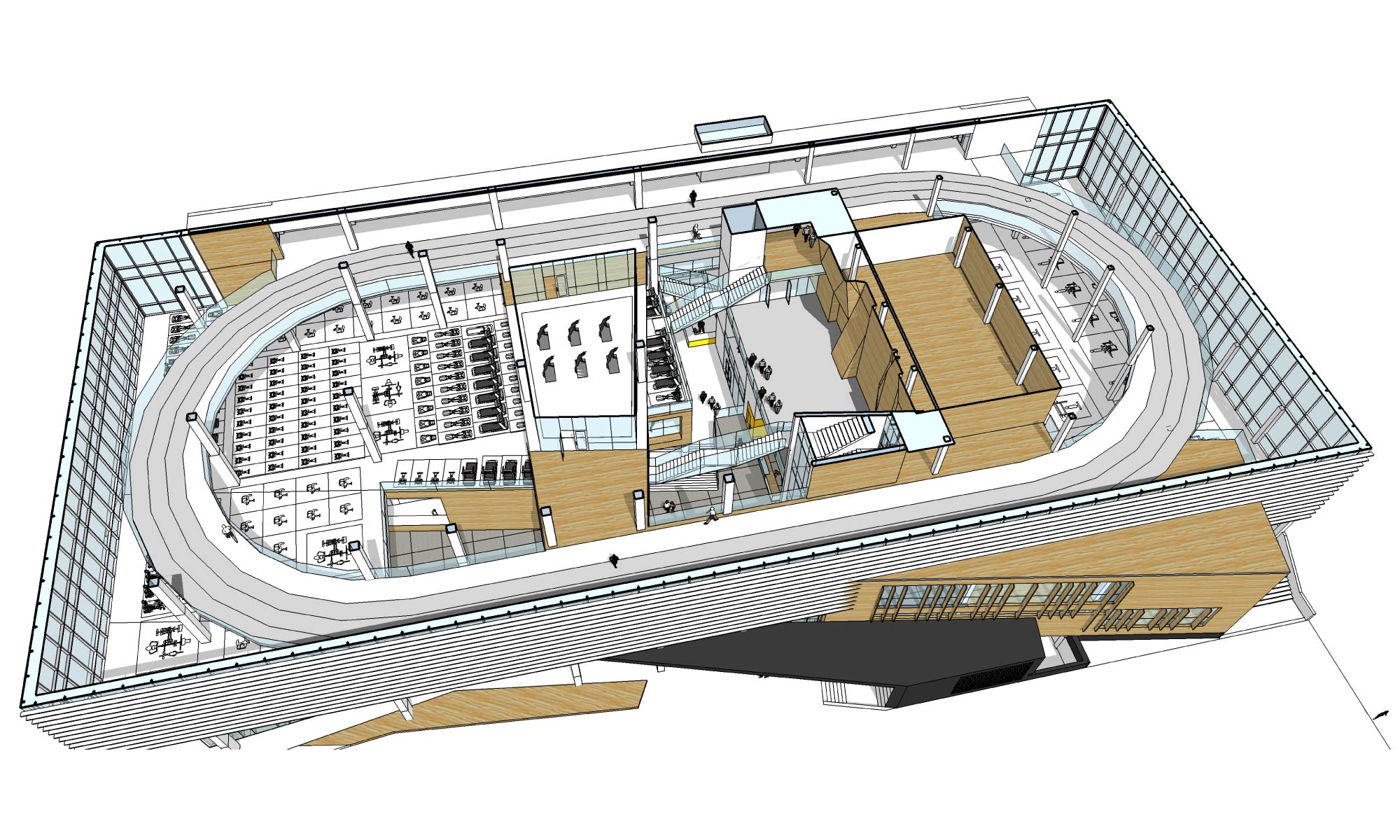 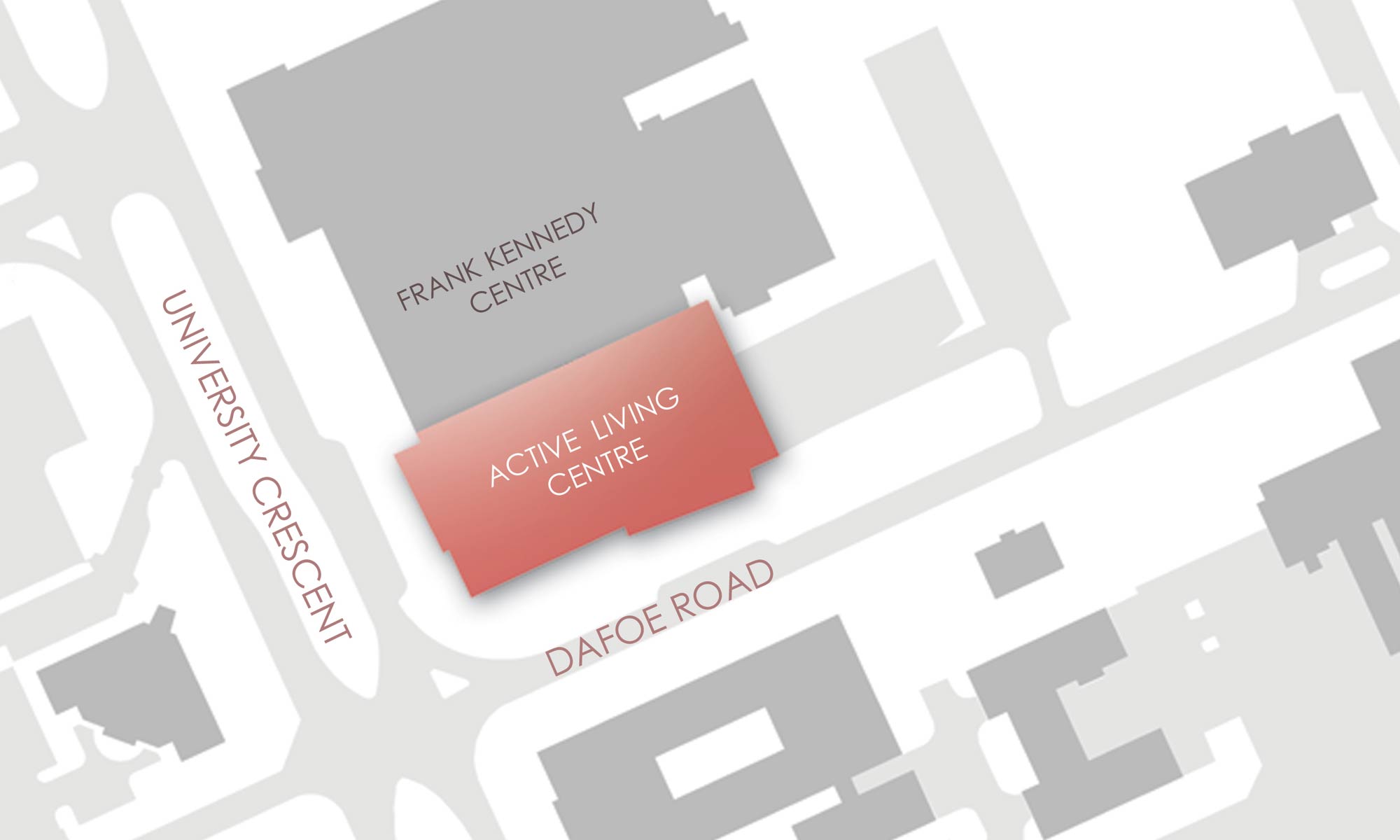 U of M Active Living Centre

In collaboration with Batteriid Architects, Iceland

This facility for the promotion and study of Active Living strives to communicate and expose the University community and the greater Winnipeg community to the benefits of Active Living with an emphasis on physical, mental and social well-being. The main architectural goals of the facility are to contrast the existing Frank Kennedy Recreation Centre by creating a building that is extroverted, communicative, and engages the community and users at a pedestrian as well as vehicular scale.The new Active Living Centre seeks to maintain existing flows, contribute to the inter-connectivity of the campus network, and become a conduit that increases the general public’s exposure to the idea of active living. As a result of its prominent location on the campus this facility has become an important icon for the campus through which thousands of staff, students, and public will first engage the University of Manitoba campus.

This project was undertaken by Cibinel Architects Ltd.