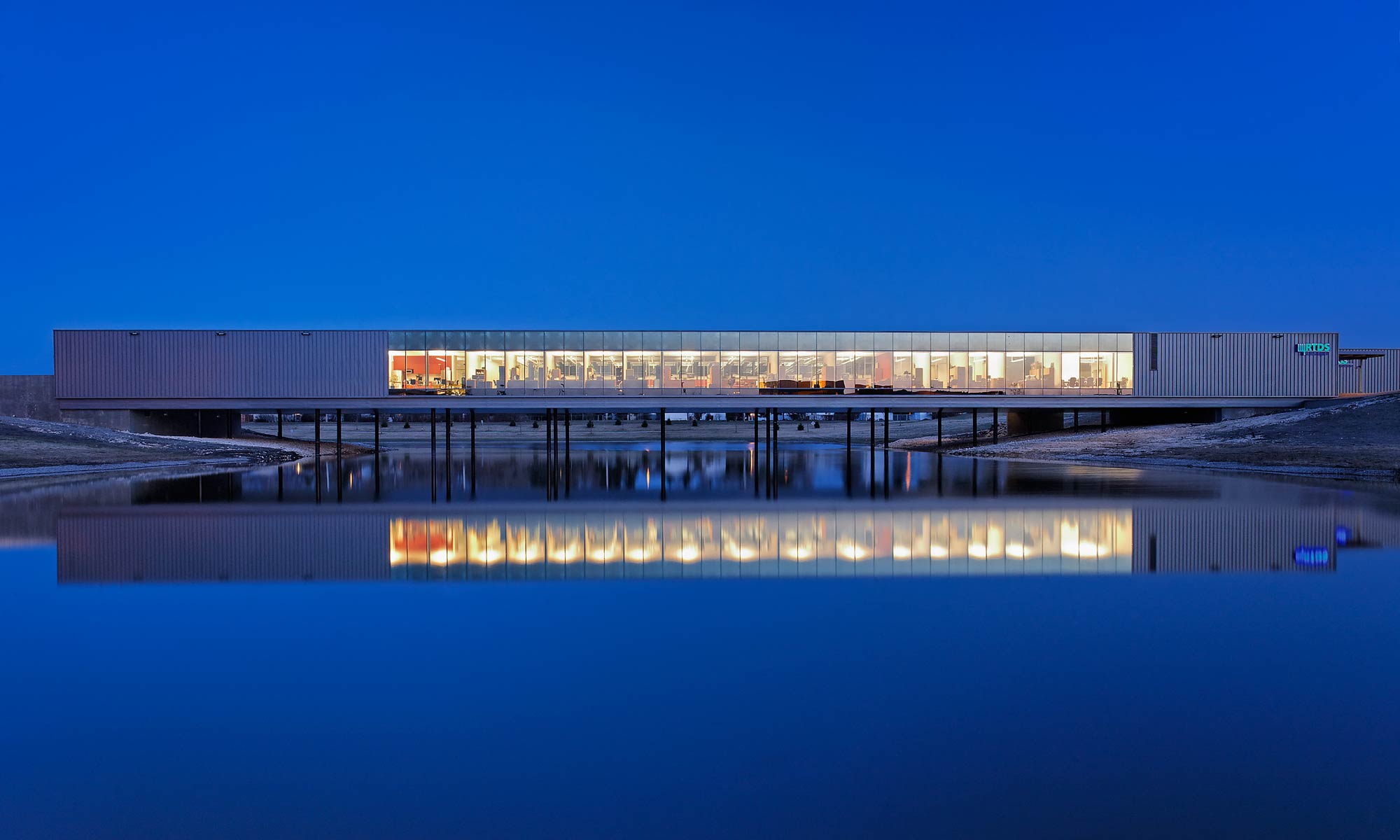 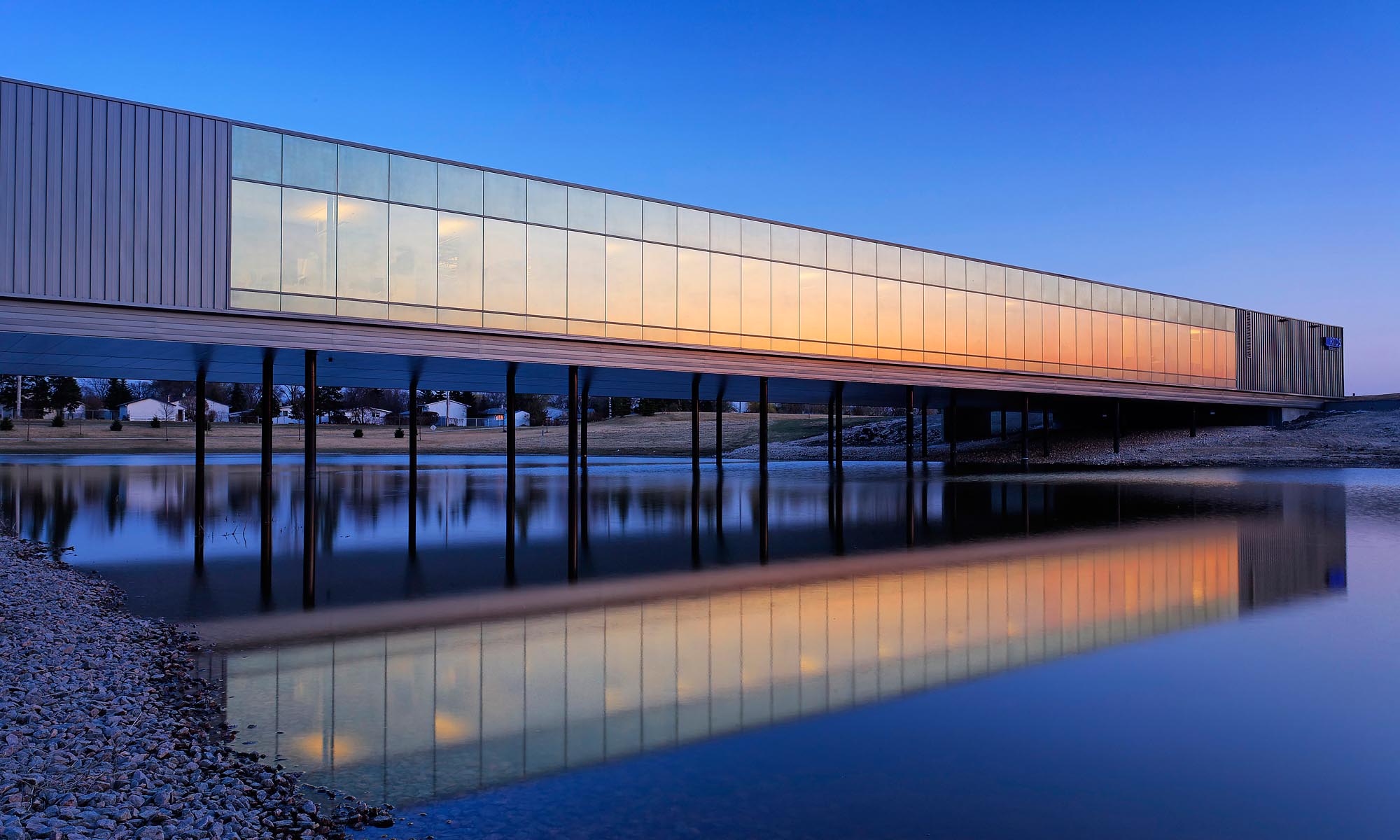 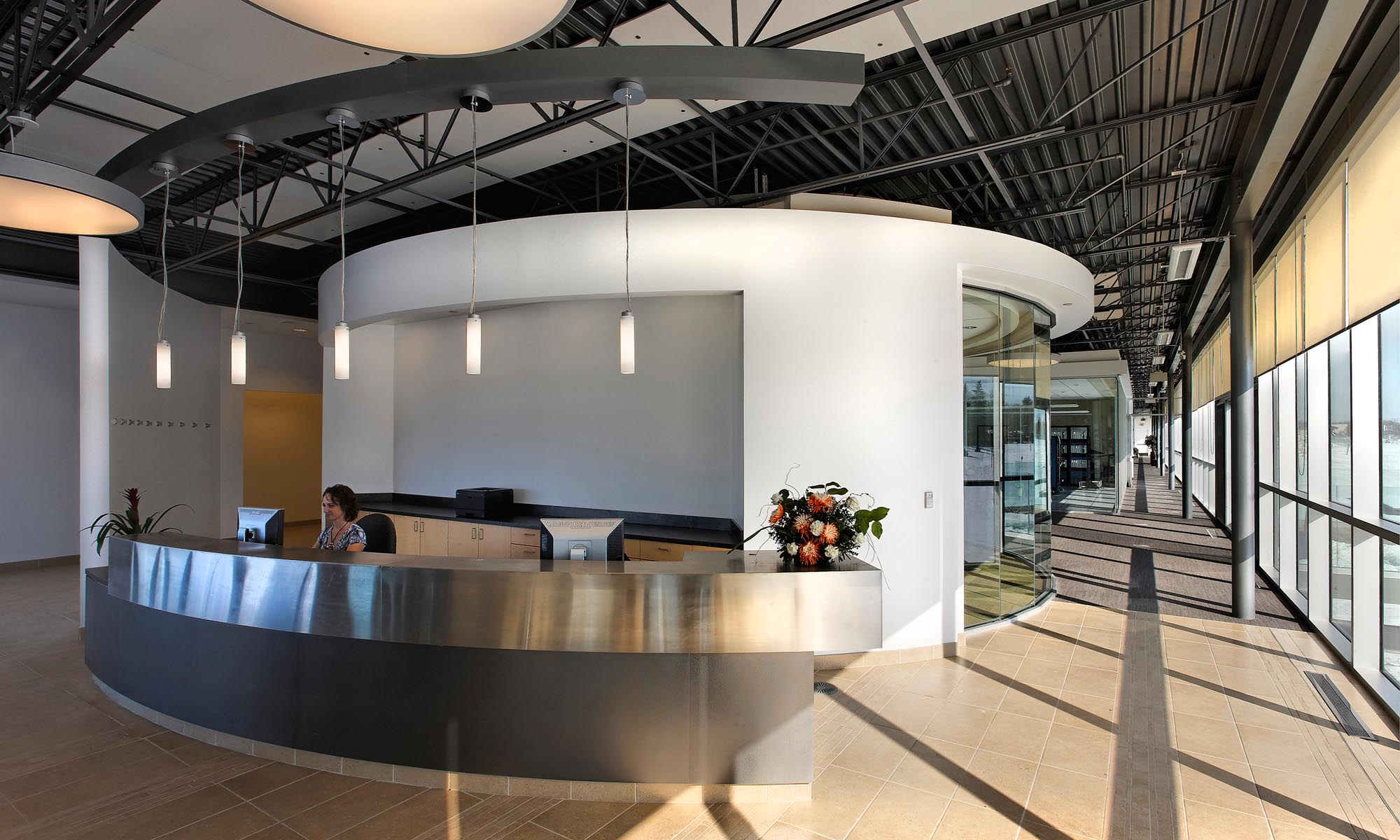 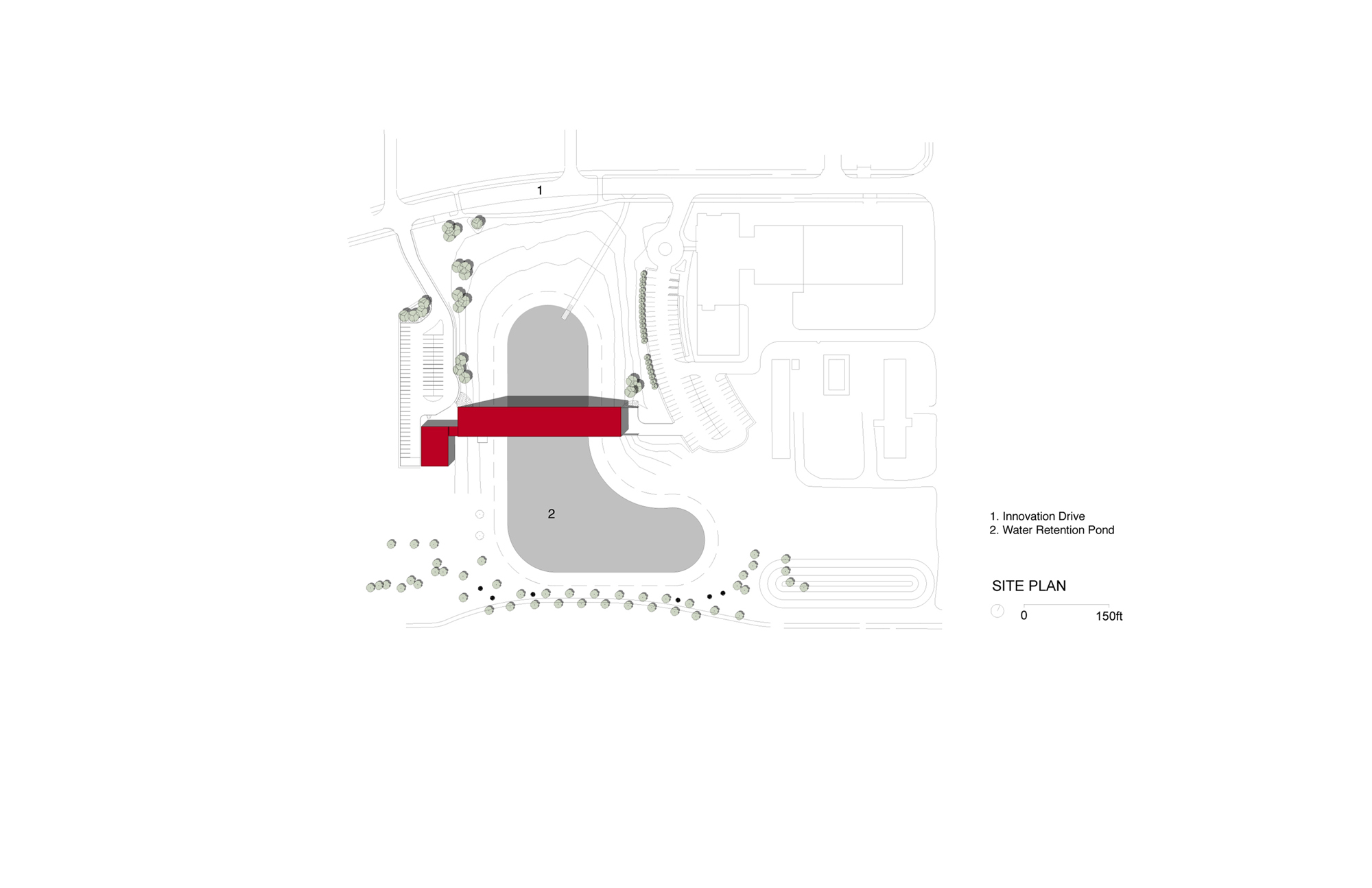 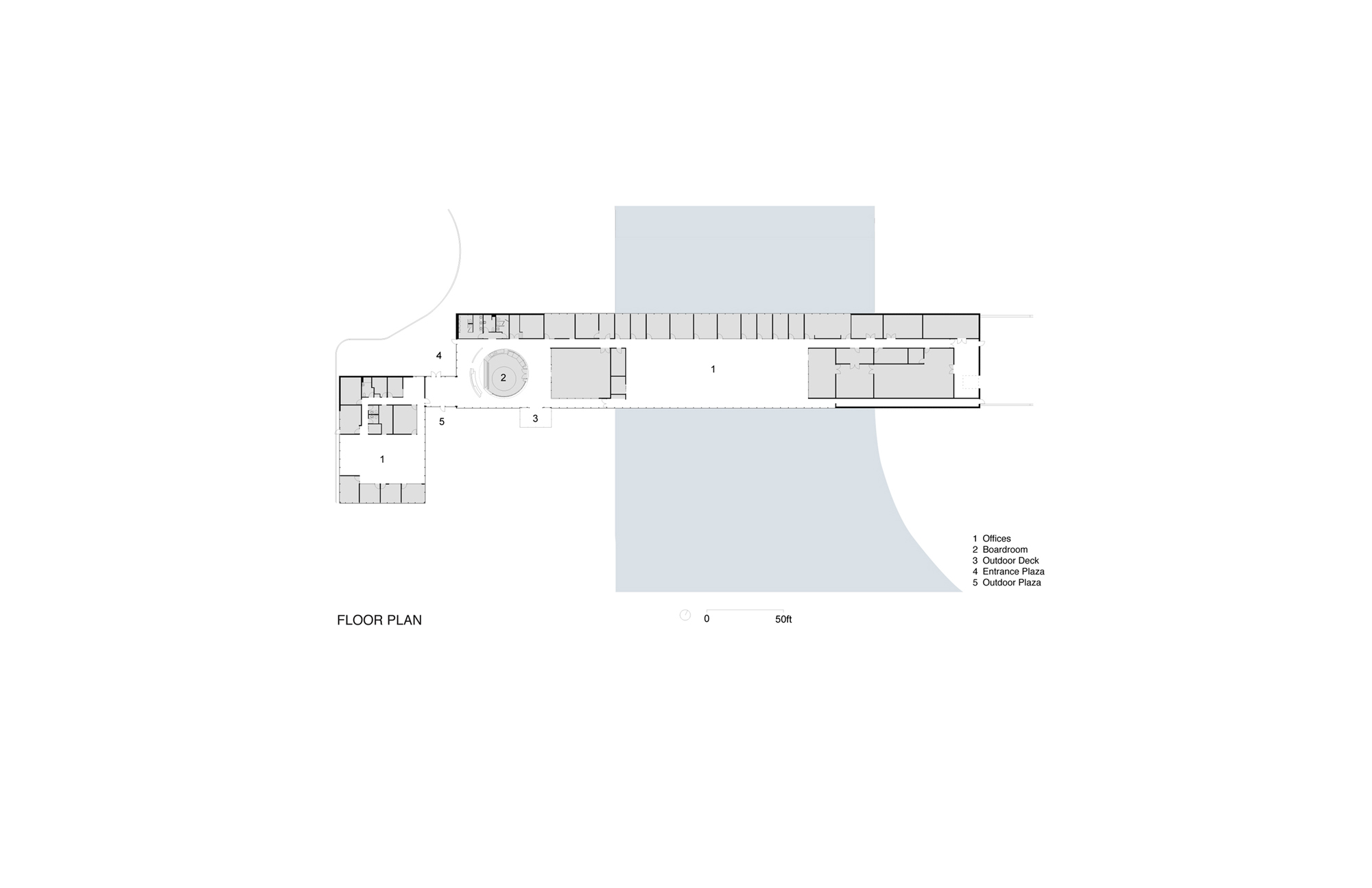 The H2Office is a single storey, 25,000 square foot office building spanning across a retention pond, at the University of Manitoba’s Smartpark Business Centre. It was designed for two high-tech firms that build supercomputers as a facility for research, engineering, assembly and training on their products.