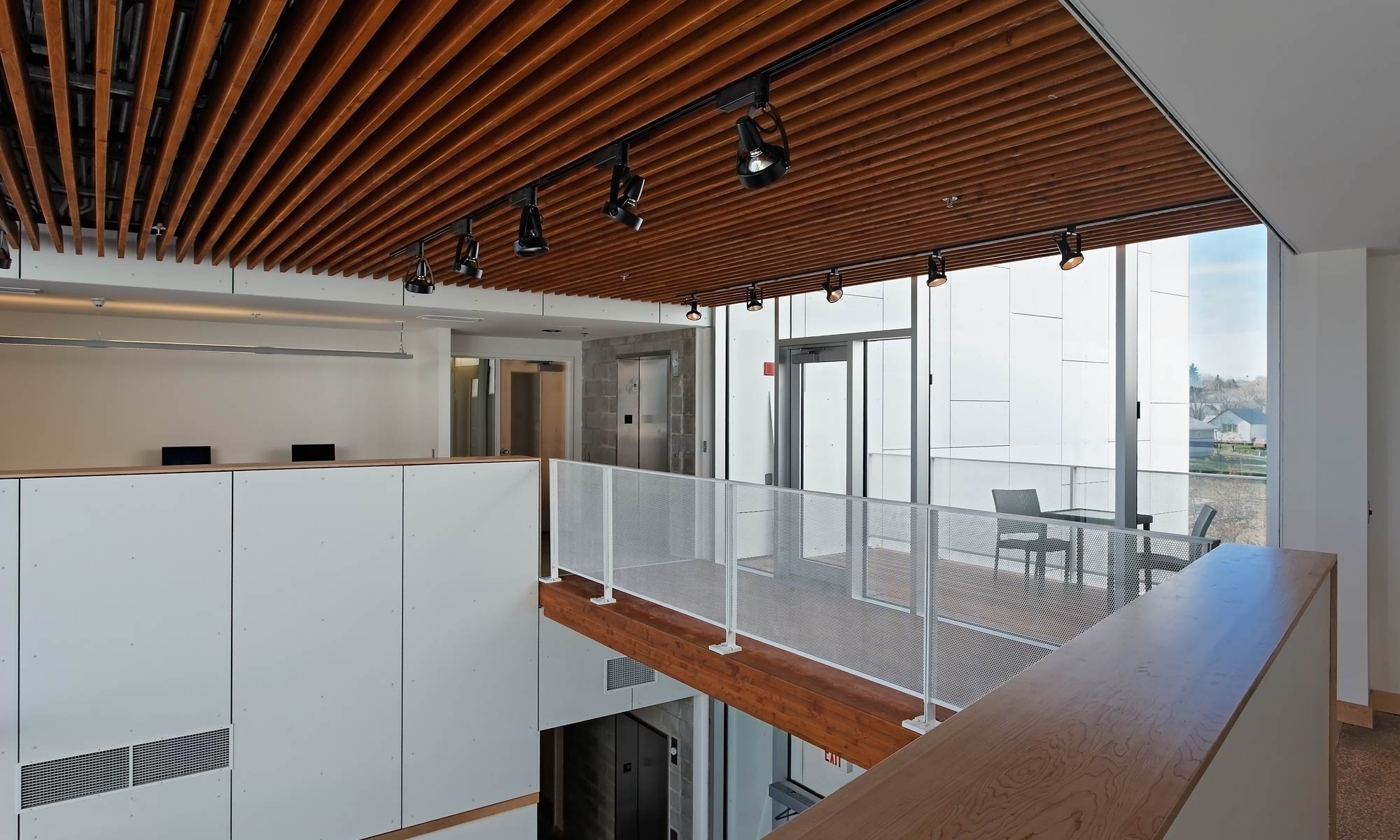 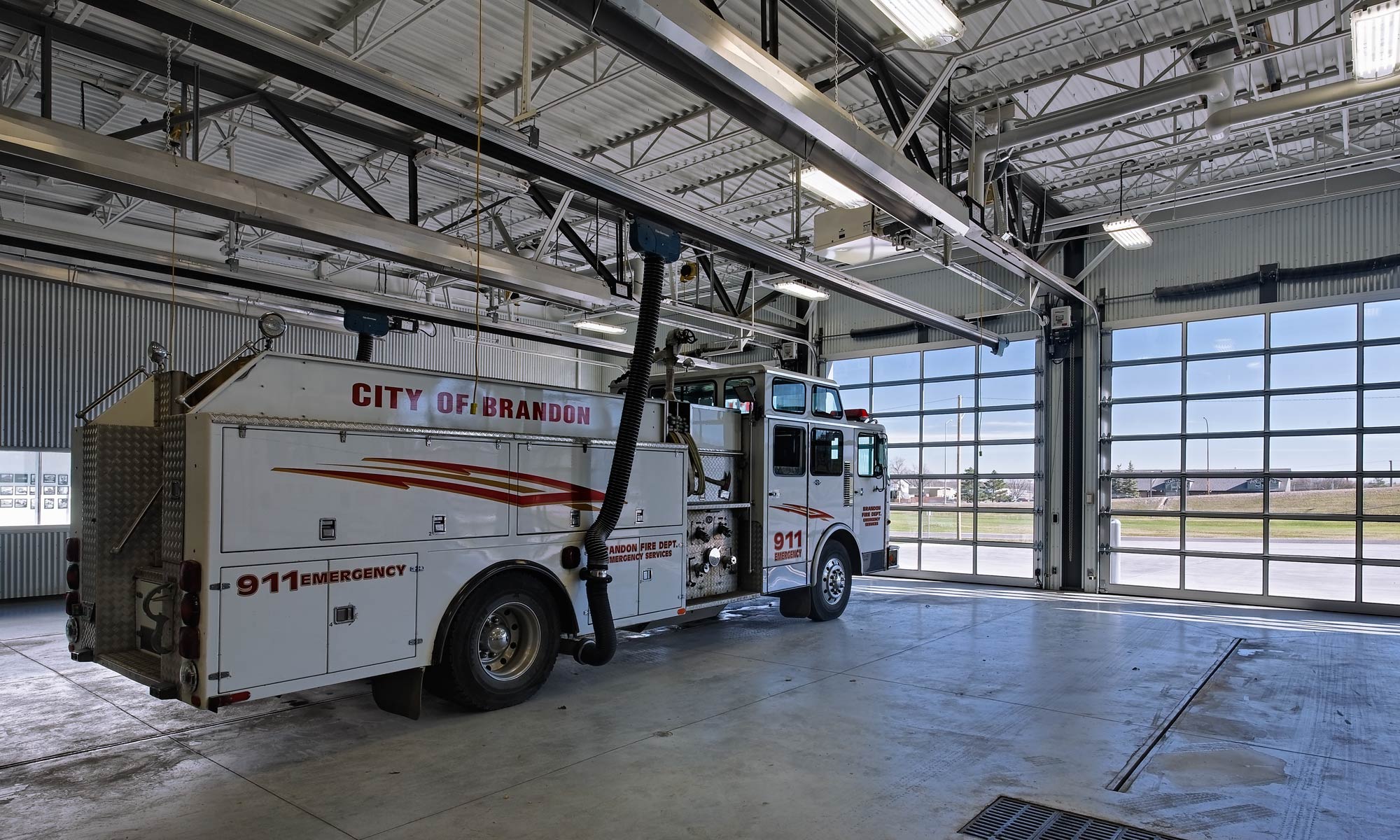 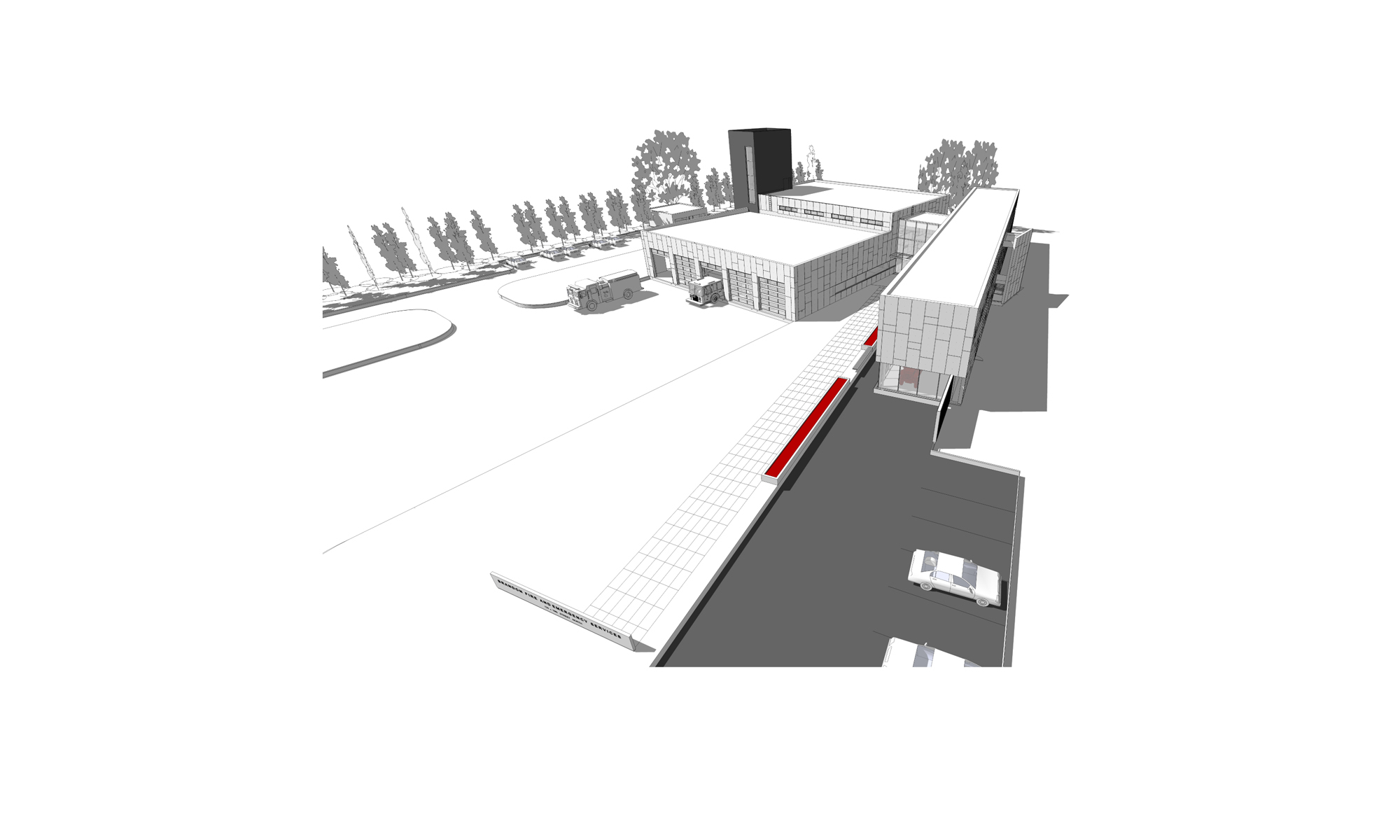 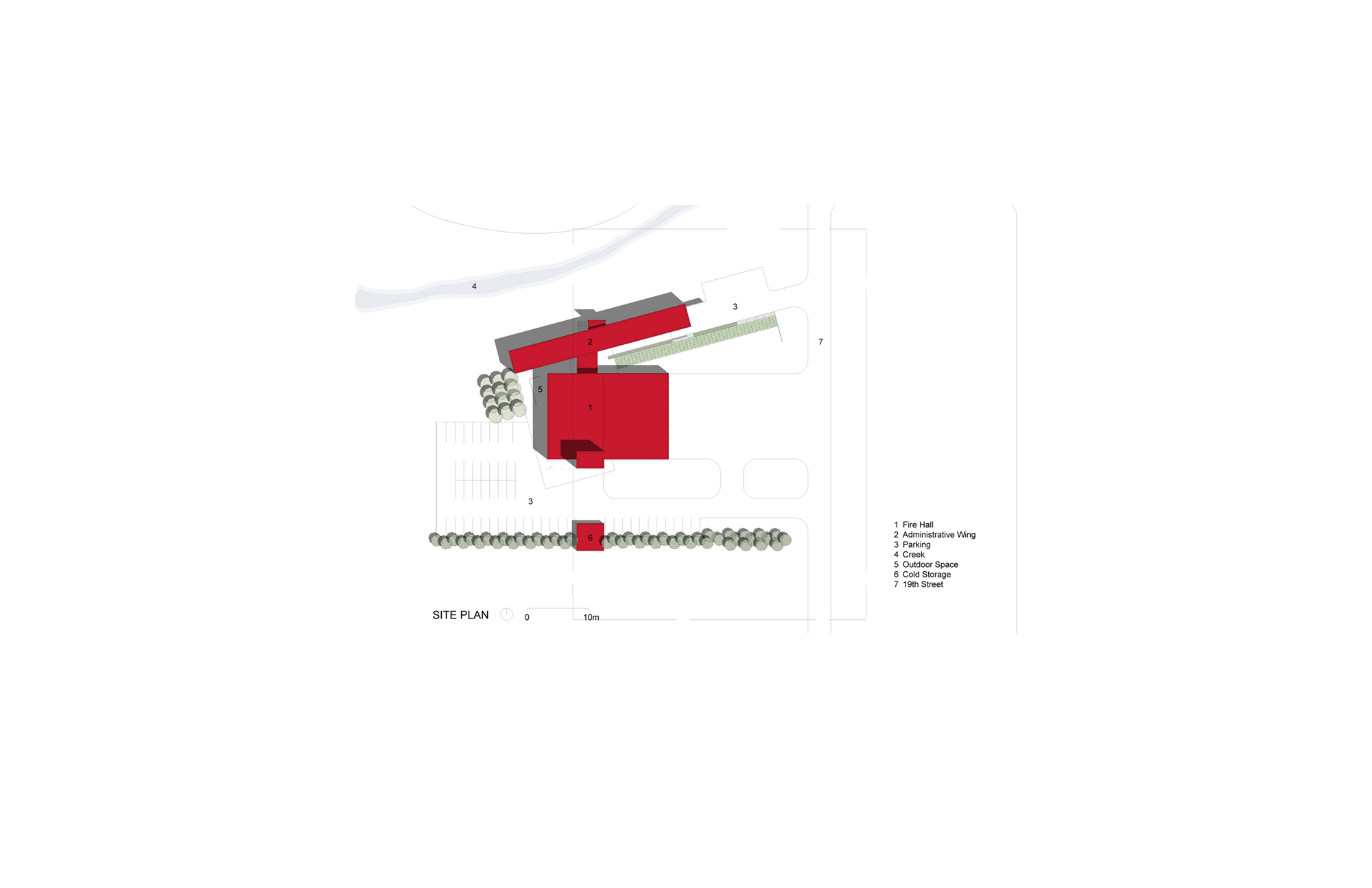 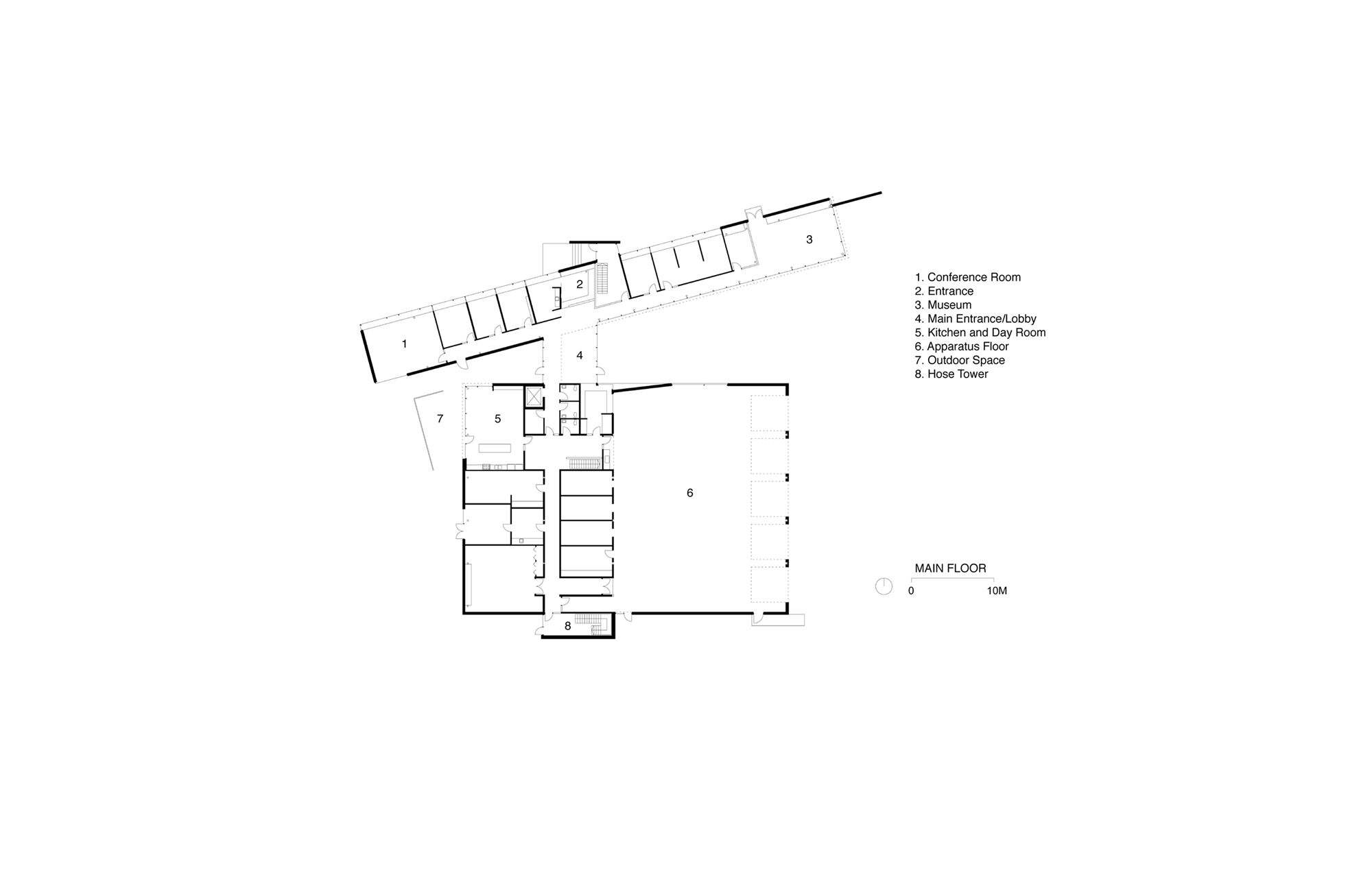 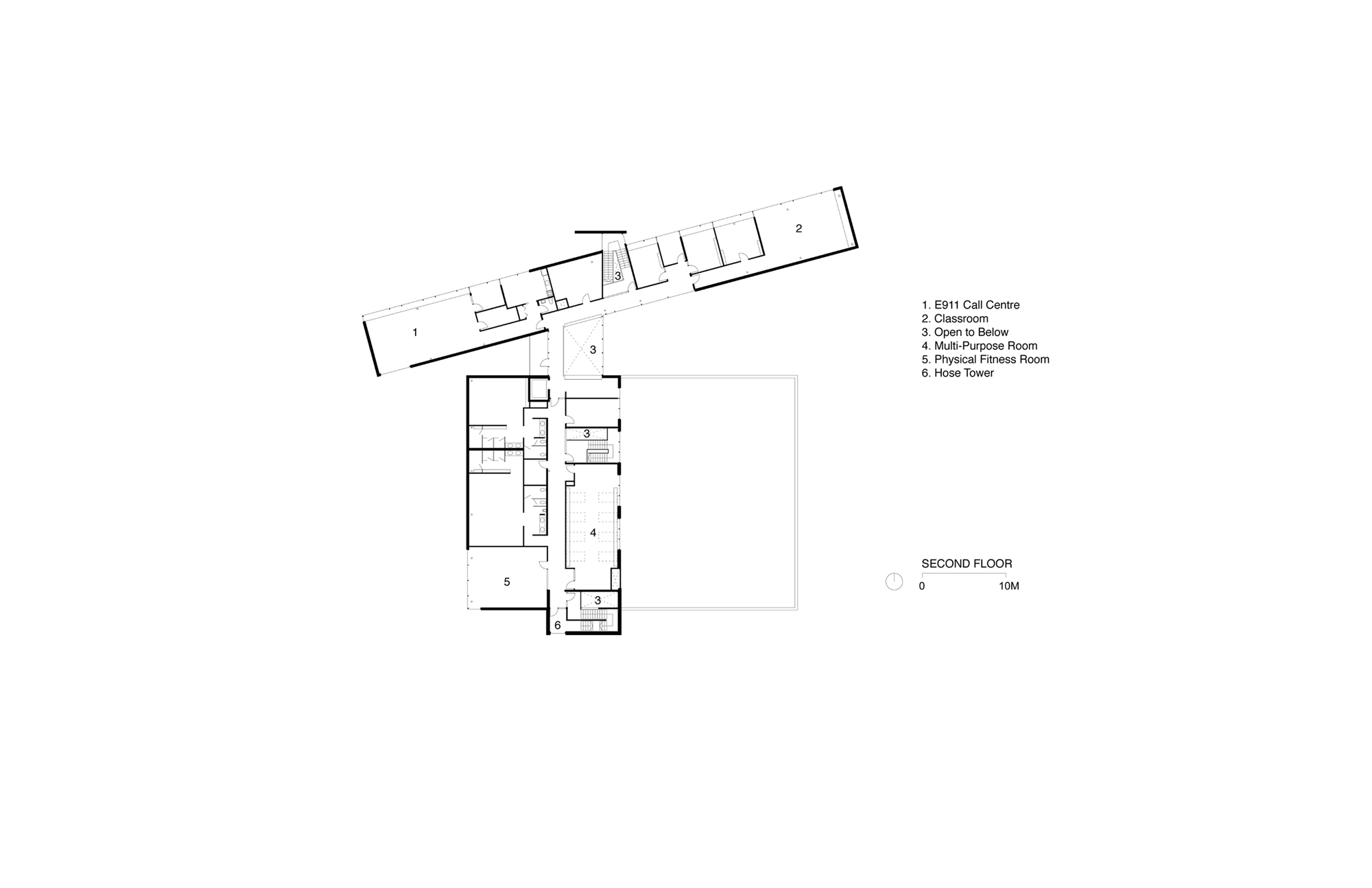 The new 30,000 sq ft Brandon Fire and Emergency Services Building replaces the outdated facility originally built for horse and carriage in 1909. The two-storey facility is divided into two formal components, a fire hall wing and an administrative wing whose separation creates a welcoming entry for the public through the landscaped plaza on the east. Severing the two components through the formal gesture of a pivot, appropriately orients the fire hall wing with the street, and aligns the administrative wing with the creek to the northwest.

This project was undertaken by Cibinel Architects Ltd.